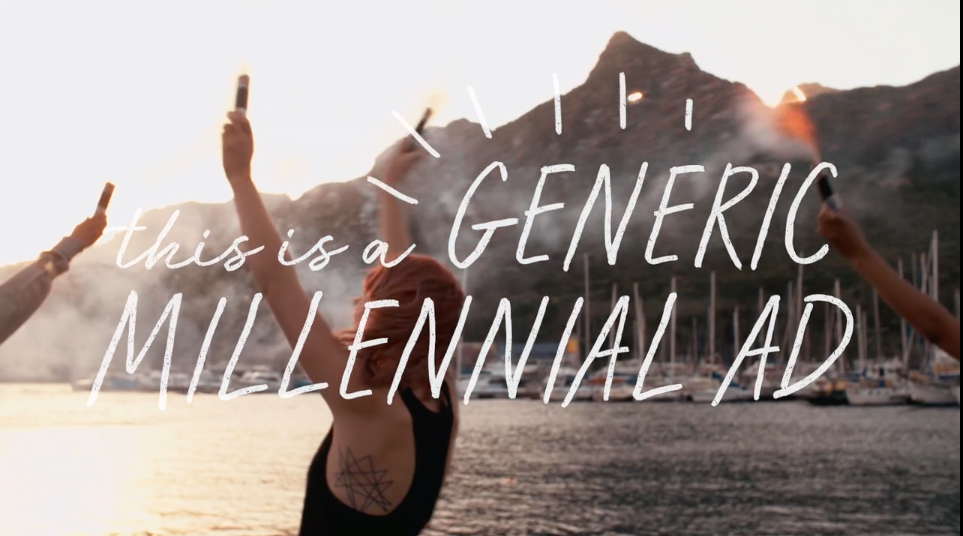 This video shows everything that’s wrong with traditional advertising

This Is a Generic Millennial Ad from Dissolve on Vimeo.

Stock footage and photography site Dissolve made waves on Tuesday when it released a video showing a generic advertisement targeted at anyone born between 1980 and 2000.

The video spoofs all the classic points that have been popping up in advertisements recently: Highlighting how “unique” and “special” millennials are, awkwardly using “hip lingo.” dancing, protesting, being quirky and relatable, et cetera.

“That’s just how millennials roll … according to our thought leaders,” the voiceover says at one point.

This isn’t the first time Dissolve has used its footage to lambast advertisers. The company previously created similar spoofs like “Generic Brand Video” from 2014 and “This Is a Generic Presidential Campaign Ad” last year.

So why are we talking about it?

Beyond making a great viral video promoting for Dissolve, the company’s most recent video also highlights everything that’s wrong with traditional marketing campaigns aimed at a younger generation.

CNBC reports that 65 percent of people skip online video advertising. Of those people, 76 percent reported that they did so out of habit. There has to be a better way to get your message in front of audiences.

We talked earlier this week about how authenticity counts for a lot when it comes to marketing. Word of mouth is 50 times more likely to trigger a purchase than traditional advertising and 83 percent of consumers report that they trust content that comes from influencers, brand advocates, family, and friends.

Maybe millennials don’t need a hashtag (#nomorehastags) or an acknowledgment that pink hair is good. Maybe they just need to hear about your product in a less forced setting. Maybe they just want to engage with brands and people they trust from the internet.

Maybe, just maybe, your brand would be better served to find some influencers. Maybe Sideqik can help.