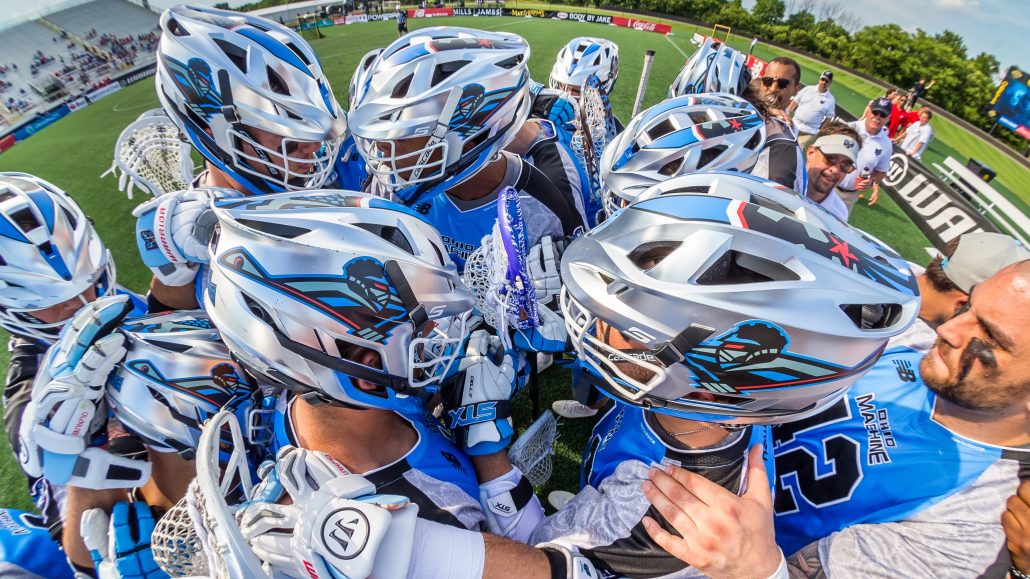 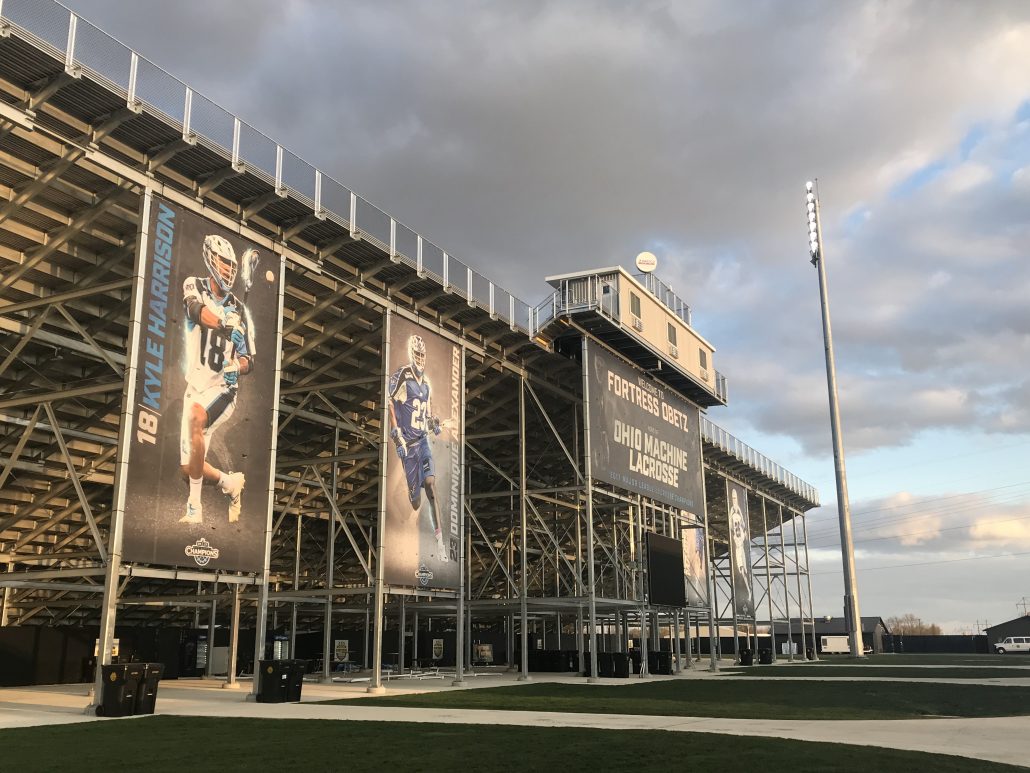 Sideqik: So what would you say are the biggest objectives that you guys at the Ohio Machine are trying to use for influencer marketing?

Brett Malamud, Ohio Machine: We are one of the teams in our league who have a lot of guys who try to stay active on social media. Guys like Kyle Harrison who really tries to brand themselves out there, whether it be on Instagram or Twitter. For the most part, our guys like posting photos with their brands that they’re sponsored by so it creates a social presence. A lot of our guys do camps, and so a lot of the way of getting the word out is through social media so using Sideqik allows us to track those impressions and find different influencers that we can then go to and say, “Can help us out with getting the word out?”

Sideqik: Great, so do you use our Discover tool at all? Is that how you’re finding influencers?

BM: We used the Discover tool until about last week when we got the Ideate option to look through things. Yes, we’ve been using Discover a lot to try to go find those people. It’s been pretty helpful in trying to get top media members that are out there that might have an influence in the market as well as some companies that we can use to try to reach out for partnership purposes.

S: Yes, I’ve noticed that you do a lot of partnership stuff. Can you talk me through how that works and how Sideqik works into that plan? 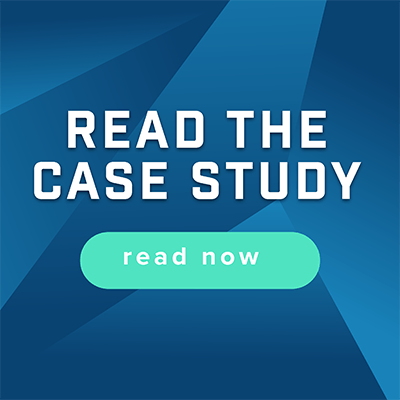 BM: Yes, so obviously with having different partners, part of different contracts with them includes us promoting them on social and them promoting us on social. A lot of cross branding, and so Sideqik actually allows us to track that. What we’ve actually done is we’ve actually gone through each partner, and Sideqik has allowed us to put them into specific folders, different activation on that activation tab, and actually filter them by those partners. Obviously, calculates and earned media value which is important for us in maintaining those partnerships and creating new ones.

S: Great. I’ve taken a look at some of your activations, but what would you say is the most effective partnership that you guys have done?

BM: We actually have our offices working a ton with different partners and they do a great job at that. I’d say that based on our tracking through Sideqik, First Financial Bank was the most effective. We had a jersey sponsorship with them last year, and through images on our social media, we generated an earned media value of $102,000.

BM: I believe that’s what it’s currently at. That dates all the way back to last year, but that’s probably the biggest one that we have to date.

BM: Yeah! We’ve had different events that we had out there that we’re doing that we can track around those specific times. For example, our Senior All-Star Challenge that we ran earlier this year. Next year we’re going to run our second annual high school showcase, and so it allows us to track around those events, getting the word out there and seeing how many people respond to it. Interesting things like that.

S: Are you seeing a boost in attendance and viewership as well? Obviously, that’s not trackable through the tool. Lacrosse is one of those niche sports. You either really love it or you don’t know anything about it. Are you seeing that you’re seeing an increases brand presence? More brand awareness?

BM: We had an increase in our attendance this past season. And actually, I had zero background in lacrosse before I came here.

BM: Yes, and so it’s cool to see how—Columbus, (Ohio), is an area where there’s a lot of youth lacrosse, and obviously the youth are on social media. It was interesting to see how using Sideqik you can track demographics and stuff using an analytic tool. It allows us to see the different kinds of people that are going on there. You know then again with the Discovery tool, it allows us to then go find those influencers that are out there and track them down. Whether they host a sports show that would be in a range of 40- to 50-year-old males that might have a kid who plays lacrosse.

It seems that that’s been the connection that we’ve made with a lot of people which is either they have a cousin who plays lacrosse or a kid who plays a lacrosse. That seems to be the big deal over here.

S: That’s great. Did you have a background in marketing before– How did you end up heading up the Ohio Machine?

BM: I actually have PR background. I went to Binghamton University, and I worked over in their athletic department for a number of years running their student section. Then I ended up going over to the New York Cosmos soccer team, where I did a communications internship with them. Then from there, I did a seasonal position with the Buffalo Bills and their media relations department. Then from there, I worked the US Open tennis tournament, also in their communications department.

S: That’s awesome. It’s a really cool pathway. You have gotten to work with a lot of really cool organizations. You’re from a traditional PR background, have you worked with influencers in the past? Especially, being in sports where it seems like it’s so ripe with influencers. I mean, sports stars are influencers?

BM: Yes, with our model. It worked in the way that different guys would get invited to games, or we would send them like a Bills hat for example when I was in the Buffalo Bills. They would post it on their social media wearing a Bills hat and drives more awareness; things like that. When I was with the soccer team, I found that a lot of them were friends with guys in the hip-hop scene, so that tied in with that, with trying to get people out. With here, a lot of them are friends with other lacrosse players which is good.

S: Great. How would you guys find Sideqik? How did we get teamed up?

BM: We actually met via Dave Gross. Dave Gross was our commissioner for the last 20 years ago, since the inception of the league in 2001. He recently stepped down but has been involved with a few of the teams in a consultant role. He thought that this would be something great that could increase our social presence.

BM: I love using this platform. Our partnership team and our marketing team has obviously loved using Sideqik. As I told you before, we’ve all been reaching out to try to get partners and trying to get different influencers aware of our team. Obviously, in a sport like lacrosse, it’s not as big as obviously the baseball or the college football in Columbus with Ohio State here. It’s growing and that’s something that we all see the potential in. It allows for our guys to reach out to different people. It allows our players to see how active they are on there.

S: Great! Where do you see influencer marketing going? Especially, in the world of sports. You guys are using in more a non-traditional manner.

BM: I think that obviously, social media is becoming quite the resource for people. A lot of people get their news on social media — even reading stories, a lot of people go on for that kind of content. I think obviously the future seems to be video content. That’s something I’ve noticed in the industry like Facebook and Twitter. I mean Twitter is different because they just put up the most recent stuff, but Facebook and I’d say Instagram, which are both owned by Facebook, their coding allows that video kind of goes towards the top of people’s newsfeeds. I know Instagram just launched their Instagram TV so that’s their technology that now allows longer videos on there. Brands like Periscope, which Twitter owns, they’ve allowed live video to take place. Facebook Live obviously, has been a big thing as well with that— same thing with Instagram. I think that video is the future. People are more engaged with videos than they are with words. It’s more interactive.

S: Awesome. You’re the only customer that I’ve spoken to who’s using Ideate. I know obviously it’s in beta, but how are you using it?

BM: We have searched different things like lacrosse, we came across a YouTube star, for example, who’s — or actually it’s YouTube star’s younger sister who happened to be a YouTube star herself, but we wouldn’t have found that without Ideate, we plan on sending her some gear in the future.

Different ways of trying to get again our name out there and Ideate is different than Discover in that it shows you content rather than people.

Of course, I mean that I can type in “lacrosse,” and the first top maybe 10 things or nine out of the 10 things as I’m looking at it right now are videos. They’re all videos because I think that that’s more engaging content.

It also allows us as content creators to take that and allow us to evaluate our own social media of what, “This is trending in the industry, we should be doing these kinds of things.” Different photos, it allows us to track our guys for example, if they’re running a camp. For example, Tom Schreiber who’s running a camp, and we were able to track different people who were tweeting about him as opposed to in Discover, where you might not be able to find that post. You can definitely find that with Ideate.