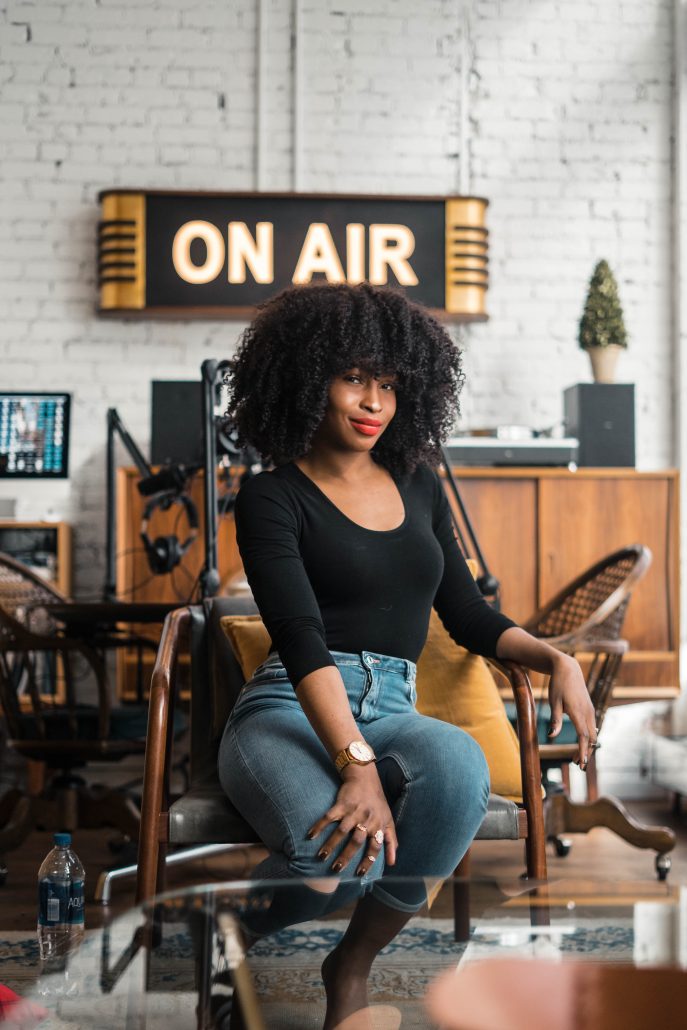 Charlie G is a popular blogger and social media influencer. Her Instagram boasts nearly 40,000 followers and she’s teamed up with brands like Bumble, Neutrogena, and more. We sat down to ask the Detroit native how she makes it work as a full-time influencer.

Sideqik: Can you tell me a little bit about how you got started and how you found your own voice in the space? 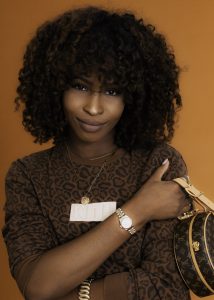 Charlie G:  Yes. It’s weird because I used to be a blogger when I was 16, but back when blogging wasn’t what it is today, it was more so your journal online. I started blogging in that way about maybe 13 years ago. While I was doing that, I’d be on blogs, but I hated how my website looked so I would edit the code. Eventually, I went to school for software engineering. I dropped out after my first year because I was placed in an engineering class that was too advanced too soon for me and did not place me in the proper prerequisite class without me knowing. Because of this, I dropped out.

After doing that, brands started to reach out to me because they liked how my aesthetic looked. My first collaboration was with the Detroit Institute of Arts, and my second was with Bumble. It was the same year. One was paying me $1,100 a month, another one was paying me $1,500 dollars a month just to simply be myself and post on social media. While at my job, I was being harassed by my manager for six months and no one did anything. I reported him to HR three times and they did nothing, so I just stopped showing up to work.

Meanwhile, when I stopped showing up to work, I was still getting paid for three months. After that, one day they called me in and they realized, “Hey, you haven’t been buzzing in.” We have these key fobs and they noticed that my key fob was being used at all and I told them I haven’t been coming again, so they let me go. Ever since then, it lit a fire under my ass and I just started reaching out to brands.

Sideqik: That’s awesome. It’s not awesome that you were being harassed and stuff, but it’s cool that you’ve been gaining traction. Can you talk a little bit about the types of brands that approach you?

Charlie G:  Yes. Like I said, originally, the first one was the Detroit Institute of Arts. They are a huge museum here in Detroit, relatable to the Smithsonian in DC or Chicago Institute of Art. I also got reached out to by Bumble. Bumble is a dating app, very similar to Tinder, but it’s based on women empowerment. They reached out to me wanting me to be a brand ambassador for Detroit, so I was.

I also worked with a couple of hair companies and hair products. I didn’t do a collaboration yet. They are trying to do a collaboration with me, but I was interviewed by them. I’m not sure if you’re familiar with them, they’re called StockX. They’re similar to GOAT, if you’re familiar with GOAT. They’re a shoe authenticator and they’re pretty big, they have over a million followers on Instagram. I did an interview with them and I know I’ll be collaborating with them later on this year.

What else? I worked with Rainbow, Bumble, the Detroit Institute of Arts, and a couple of clothing companies, and fragrances, and foods, and restaurants, and hotels. Right now, I’m traveling a lot, but I get a lot of free hotel space in exchange for social media posts. I’m currently working on getting and solidifying free flights and trips. I’ve worked with a few hotels and I know I’m currently in talks of doing more international trips. I know I have something for Vancouver soon, and I think Jamaica will be next. 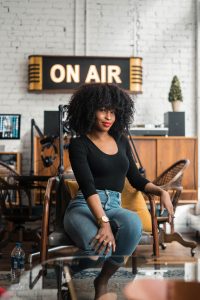 Charlie G:  I wish they did more research on what they want. I know some brands, they look at people who fit the mold and have the following, but then they spread the money thin and try to get as many influencers as they can for a decent price instead of paying three or four good influencers that will really carry their message through. I noticed this because there are times where I’ve seen brands do what I just said and it doesn’t come off as authentic when you have somebody who fits the mold but they don’t fit the mold exactly promote you.

It’s like you’re not really doing the research to make sure that you find people that you want, that you’re doing what you need, and getting the results that you need. I wish they would do more research and find the most authentic and on-brand influencers and pay them their work, because they’ll get way more bang for their buck doing that than spreading the money thin and getting a whole bunch of okay influencers who accept the price and mess up the market value of what they should be paid because you want to get more acknowledgment with more people.

I feel like if you find the right influencers, it’ll make more sense because their following will make sense to what you need, but if you’re trying to spread the money thin and get a whole bunch of influencers and they don’t really do exactly what you want, it doesn’t really matter if people see it.

Sideqik: You mentioned authenticity, which is something that we at Sideqik think is really important when it comes to influencer marketing. You’re someone who does influencer full-time, so how do you maintain your authentic voice in your channels while still partnering with brands?

Charlie G:  I don’t take on collaborations about campaigns from people if it doesn’t fit my aesthetic or my brand. I grew my following by being authentic. I know people are saying, “Yes, being an influencer is a thing now,” like it’s a trend, but I genuinely grew my following by being authentic, talking about all the things that I go through, all my depression and anxiety, all the things I don’t like, all the things I do like. I am genuinely authentic, so my work with a brand, I make sure that is on-brand with me.

There was a situation where one brand wanted to work with me and pay me to be one of their spokespeople. I think it was for guns or something like that. It was nice, but it just doesn’t fit me, I don’t really care for guns, I don’t like guns. Also, that might be very polarizing for my followers because maybe they don’t want to see such a polarizing topic being promoted on my page. I really try to stay on-brand with whomever I will work with, and it has to be a message that I believe in, it has to be something that I’ll actually use, things of that nature.

Sideqik: Awesome. What advice do you have to people who are trying to gain a following on social media?

Charlie G:  Like I said, authenticity. My advice is to, no matter what you’re doing, be authentic, know your angles and make sure you’re always in good lighting, and if you can, try your best to have amazing high-quality photos, high-resolution photos. When I first started, I had cool pictures and it was eccentric and stuff like that. Once I started taking more pictures, more high-quality photos, I noticed a huge difference in how people received my page and how I started to grow. On top of that, I was also authentic, and that also pushed me over the edge as well.

Sideqik: Awesome. That’s super cool. Do you have any other things you want to add?

Charlie G:  I think we’ve pretty much covered it.