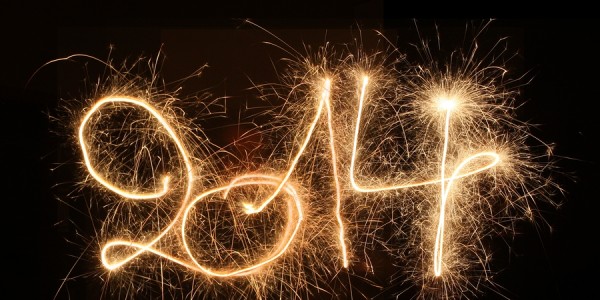 Our Favorite Marketing Campaigns of 2014

We’re two weeks into 2015 and hopefully, by now, you’re not still writing 2014 on all of your checks (Who still pays by check?! It’s 2015). Last week at Sideqik, we looked back at some of the cleverest marketing campaigns of 2014 and chose a few we felt were really special and got people talking. Here they are, separated into three categories:

These campaigns spread across the world wide web like lice at a daycare. If you didn’t hear about these, you must be over 80 years old. Although, my Great Aunt is 82 and she was the first person to share them with me. So, really, you have no excuse.

Close your eyes and think about Summer 2014. I’m sure you can picture yourself at the beach in July, right? Of course you can’t! All you can see is your Facebook newsfeed full of your friends dumping ice water on themselves. While they certainly got repetitive, the ALS Ice Bucket Challenge really flexed the power of the social share (and for an incredible cause!). The American ALS Association raised over $100 million to fight this terrible disease. Well played, Internet.

I’m wholly confident that in the years to come, not only will other causes try to replicate its success, but academics will use it as a case study in social’s role in charitable causes.

Ellen Degeneres’ Selfie at the Oscars

During any live major television event, Twitter explodes with tweets as people head immediately to their second screen to provide commentary. This past year’s Oscars was no exception. However, most people weren’t talking about whether Leo was finally going to get a miniature statue. Instead, a population the size of Panama retweeted Ellen Degeneres’ star-studded selfie.

If only Bradley’s arm was longer. Best photo ever. #oscars pic.twitter.com/C9U5NOtGap

To take the snap, she used Samsung’s flagship Galaxy Note 3 and the Korean tech giant reaped the benefits of this ad strategy. This moment was a brilliant synthesis of celebrity endorsement of a product and Twitter as means of digital marketing. Bravo, Samsung!

These were the campaigns that pulled at your heartstrings harder than that first time you watched ‘The Notebook.’ Brands know that nothing hits humans harder than a few tears or a big smile and these companies utilized that notion to their advantage in 2014.

Some people refer to Canada as, “America’s hat.” One of my English friends once told a Canadian couple, “I hear Canada is like the flat above a really great house party.” As you can imagine, that didn’t go well. In the world of sports, Canadians are tired of playing second fiddle, especially in the NBA. After the Vancouver Grizzlies moved to Memphis in 2001, the Toronto Raptors remained Canada’s only professional basketball team. Regarded as irrelevant by most Americans, the Raptors organization said enough is enough and decided to rebrand their team and get the country’s largest city fired up with pride. They released this video back in April 2014 and haven’t looked back since:

The Raptors are currently 3rd in the NBA East and are having a sensational season. It’s safe to say, the city is fired up about being North of the Border!

The holiday season is a real make or break time for retail. One of the UK’s largest department stores closed the year strong with their wildly popular YouTube video “Monty the Penguin”:

The British retail giant saw a 19% rise in online sales this Christmas season. There’s no doubt that consumers across the Isles felt a strong emotional connection with Sam as he made them think about their own childhood. After spending a few moments to dry their tears, they headed to www.johnlewis.com and pulled out their MasterCards.

WAS THIS ACTUALLY A MARKETING CAMPAIGN…?

The greatest injustice for Americans in 2014 did not involve racism, nor was it an act of terrorism. Instead, it had to do with a silly comedy movie by those guys from ‘Pineapple Express’. When Sony decided to pull the plug on James Franco and Seth Rogen’s ‘The Interview,’ the Internet reacted like this:

Even President Obama got involved and said that Sony made a mistake the pull the film from theaters. Did the North Koreans actually hack Sony or was it all a publicity stunt? Everyone across the world wide web has their own opinion. Either way, the film became a must-see over Christmas for millions all over the world.