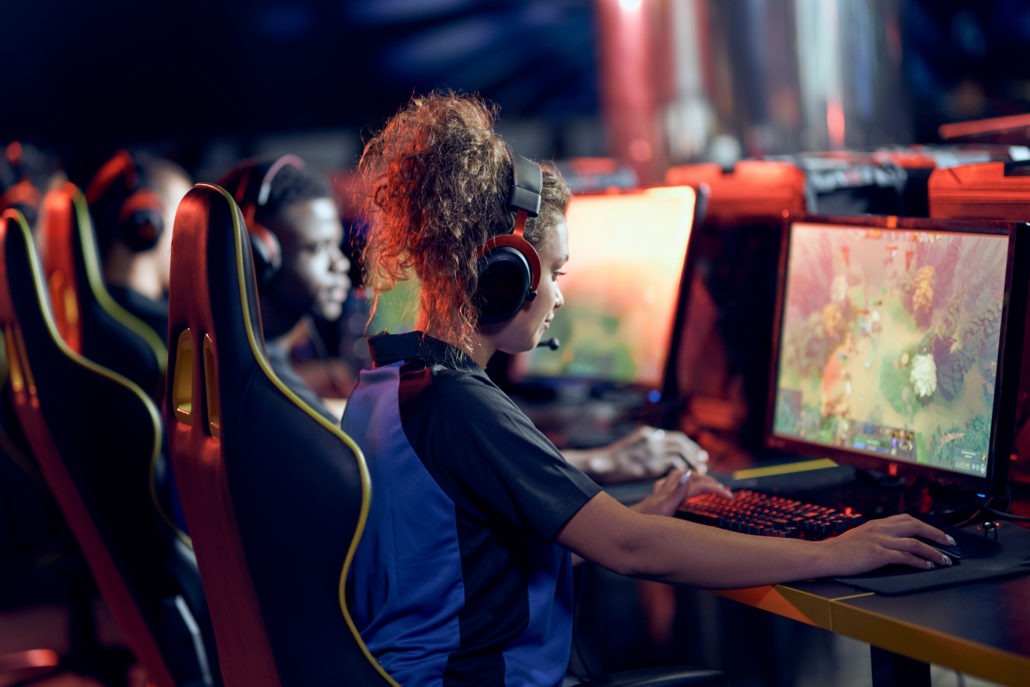 Advertising and esports: A Real Play of the Game

When it comes to influencer advertising, using an athlete to advertise your brand’s products is one of the most classic tactics marketers could use to raise their brand awareness. From Babe Ruth to Michael Jordan to Lebron James to Cristiano Ronaldo, athletes have always brought immediate credibility and recognition to brands they endorse.

But it’s not just traditional sports that move the needle for brand awareness and sales in 2022. Esports are challenging all of the major professional leagues for total viewership. The League of Legends World Championships met or surpassed the viewership of the Super Bowl in both 2019 and 2020. This year, esports are expected to surpass the total viewership of every traditional sport in the United States except for the NFL. In fact, in terms of annual revenue, gaming has grown to be larger than the NFL, MLB, NBA, and NHL combined with $139 billion per year.

As gaming viewership continues to grow exponentially, the value of reaching that audience has become just as important. Gamers aren’t just people that only want to buy more games, consoles, and gaming accessories anymore: they’re a broad enough audience that they have a demand for all kinds of products and services. No matter what your brand sells, raising awareness to this growing group of consumers is a great way to increase sales and build new customer bases.

The Journey of esports

Although esports are considered a fairly recent phenomenon to the general public, they’ve been around for almost 50 years in some form or fashion. The first recorded video game tournament took place in 1972 on Stanford University’s campus with a game called Spacewar. The winner took home a grand prize of a one-year subscription to Rolling Stone magazine.

In the 1980s, arcade games exploded in popularity, and with them, notable tournaments for the biggest hits. It started with Space Invaders in 1980, but big titles like Pac-Man and Donkey Kong also moved the needle in a big way to make the public think of games as not just as a pastime, but as a competitive platform.

In the early 1990s, Street Fighter 2 hit the arcade scene and created an entirely new competitive scene for a fresh new genre: fighting games. In 2021, there are fighting game tournaments taking place around the world, culminating at Evo, the biggest fighting game tournament of them all. Every year thousands of live spectators and millions online watch the top players in a rotating selection of games battle for championships.

In 1995, the first tournament was held for Doom, the first big-name first-person shooter. With Doom’s success, Quake soon followed, spawning Quakecon and a large number of other events that brought players together to compete every year. These games paved the way for shooters like Half Life, Halo, Counterstrike, and Call of Duty,.

Multiplayer online battle arena games (or more commonly known as MOBAs) hit the scene in the early 2000s, when modders took Warcraft 3 and created their own version of a popular map and called it Defense of the Ancients, or DotA. This opened the door for an even more popular sequel, DotA 2, and inspired the biggest name in the genre, League of Legends. Both games are still immensely popular, despite each being over 10 years old, and hold yearly events that draw millions of viewers.

Battle Royale games also were born from mods of other games. PlayerUnknown: Battlegrounds was the first breakout hit. Soon after, Epic Games saw the opportunity that this genre offered, and released Fortnite, which quickly dominated the genre. Later, Electronic Arts released Apex Legends, which gained 50 million players in its first month of existence. Other classic franchises like Tetris have seen rereleases that include battle royale elements to cash in on the popularity of the genre.

From a small tournament winner winning a magazine subscription to pro esports players competing for millions of dollars in prize money, esports have come a long way.

As esports continue to grow in popularity, so do the players that compete in them. That creates an intriguing number of opportunities to work with them to get your brand in front of audiences that love to watch competitive gaming. However, it’s important to remember that just like in traditional sports, just because an athlete is good at the game they play doesn’t mean that they would be a good influencer for your brand. Here are some key factors to look for when identifying an ideal fit for your brand:

Charisma. This is in no way unique to just esport influencers, but it is important to mention. Just like in regular life, some people are outgoing and naturally attract others, while others prefer to stay quiet and private. You want an influencer that projects the personality to make people want to learn more about your product.

A large streaming audience. You may think that you’ll find the biggest audience by finding the best player, or the one with the most individual awards and championships. While this can be true, it’s less common than you might expect. In fact, many of the best esport influencers are casual players that contribute to the scene in ways other than actually playing the game at a high level. Many of them do this by growing audiences on their live streaming channels, like on Twitch.tv or Youtube.

Multi-faceted in content.  Many prominent esport influencers supplement their streaming content with more than just gaming. For example, the famous Youtuber Markiplier began primarily as a horror game player, but expanded his content to include video reactions and challenges. Twitch streamer Briana White is a voice actress on the side, having voiced Aerith in the 2020 remake of Final Fantasy 7. Lia, aka Sniperwolf, supplements her gaming content with videos that talk about other topics like cosplay and relationship advice. Variety in content draws in a bigger audience.

Other Ways to Get Your Brand Involved

Unlike many traditional sports, most esports don’t have natural breaks in the action. League of Legends matches last for 30 minutes at a time. Counterstrike and Call of Duty matches can last up to 20 minutes at a time. Depending on the skill of the players, a Valorant match can last up to 40 minutes. Compared to traditional sports audiences, gaming audiences are less tolerant of commercial breaks that interrupt the action. As a result more advertisers are looking into alternative forms to get their brand involved without negatively affecting the experience.

Picture in picture advertising – This is an approach that’s been rapidly growing in popularity for live events. It lets broadcasts advertise brands while avoiding interrupting the gameplay with pre-roll and mid-roll ads. It’s a win-win for both brands and viewers: they get to keep watching the game, but can shift their attention to your ad if your product interests them.

On-stream ads – Some esports leagues like ESTV have resorted to using “smart” on-screen ads. These ads use artificial intelligence to determine the best possible times to show display ads during the feed. The AI can also display a brand when it’s mentioned on stream. For example, if a commentator mentions Red Bull, the AI can bring up an ad for the brand in real time. It makes the experience more trackable for marketers as well.

Banner ads – Another classic tactic is placing static banner ads of brand logos and other ads around the feed. This method is a digital version of brands placing their ads in stadiums and arenas for more traditional sports.

Sponsorships – This is another classic form of advertising that has translated well from traditional sports. Esports teams and athletes accept sponsorships to help fund their team in a style similar to racing teams in NASCAR and F1. Your brand can support them, and in return, your logo can appear on their team jerseys, website, and other prominent places to build brand awareness.

Interested in finding your own influencers in esports to expand your brand’s audiences?