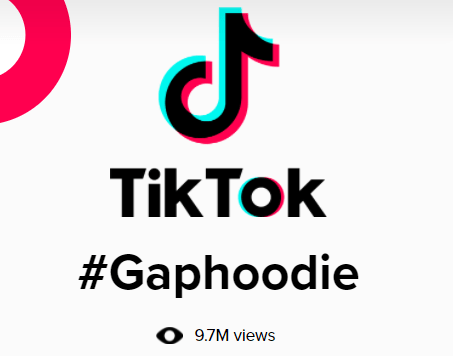 How Short-Form Storytelling on TikTok Can Boost Your Brand

What if there was a way for your brand to gain millions of impressions, build brand awareness, and watch your sales rise without actually doing anything yourself? No ad campaign, no market, no budget, no anything. Nothing but all the results with none of the work. At this point, you’re probably thinking one of two things: it’s too good to be true, or that it has something to do with TikTok. If you’re thinking the latter, you’re right. TikTok has become a premier platform for short-form storytelling that can lead to exponential growth.

Short-form storytelling on TikTok has been an increasingly popular way for brands to go viral. All it takes is the right video at the right time, and amazing results can happen. Sometimes it’s planned, but more often than not it can happen by sheer luck and circumstance. It’s not something that can be really executed like traditional marketing, either: these videos tend to do best when they’re unpolished and feel made on the fly by a regular person, instead of carefully prepared and presented by professionals.

Here are a few examples of TikTok videos by influencers that did amazing things for brands, and how those brands capitalized on those opportunities when they fell into their laps.

A TikTok from creator Barbara Kristofferson showcasing some different fits went viral in early 2021. The point of the video was to show off her fashion journey through most of her adult life. While the video showcased a lot of different outfits, the brown Gap hoodie she wore in the video drew a lot of attention. The only problem? Gap had stopped making the hoodie a decade ago. However, demand was so strong that the apparel company brought the hoodie back to its stores, where it proved to be one of their best sellers for the season.

How did Gap capitalize on this trend? Sensing an opportunity to connect with their customer base and find out more about what they’d like to buy, the brand partnered with Tiktok to launch a new campaign. They polled users to find out what hoodie color customers wanted to buy next. The winner? Hot Pink, by a sizable margin.

The Gap took advantage of the situation by listening to a large audience that wanted to buy a product, if they would only start selling it again. Then they went a step further by using that momentum to find out what customers would want to buy next. The brand took full advantage of this unsolicited consumer feedback and leveraged it to create a bestseller out of nowhere, with a chance to keep making more down the line.

Nathan Apodaca woke up one morning to go to work, and his car broke down on the way. To keep from being late, he whipped out his trusty skateboard to take him the rest of the trip. Along the way, he decided to make a TikTok of his improvised commute. He decided to bring a drink with him, which happened to be a bottle of Ocean Spray. He chose “Dreams”, a classic rock song by Fleetwood Mac, as the audio for the TikTok. By most measures, it might seem like a fairly mundane combination for a morning in the 2020s. It was just a simple slice of life video from an experience many people can relate to.

The result of the TikTok was anything but mundane, though. As of this writing, it has over 13 million likes and almost 700,000 shares. In this case, two different parties both benefited from the positive feedback of the video. Ocean spray saw a massive boost in positive publicity, and an uptick in sales. The song, “Dreams”, was streamed over 8 million times after the video debuted, making it back to the Billboard charts for the first time since the song released in 1977.
Ocean Spray was overwhelmed by the sudden uptick in demand for their product, finding out that it had been cleared off supermarket shelves. They responded by building even more goodwill by buying Apodaca a new truck to replace his broken down vehicle that directly caused the video. Mick Fleetwood, the drummer for Fleetwood Mac, responded by making his own TikTok account and making his own version of the video. While already a highly regarded classic rock band, Fleetwood Mac’s members took advantage of the situation to raise their profile and see a new generation enjoy their music.

A good-natured brand feud broke out between Wal-Mart and Target when a TikTok creator created a video ransoming a stray Wal-Mart shopping cart that found its way into a Target parking lot. Wal-Mart swiftly responded with their own video with a Wal-Mart employee’s vest thrown over one of the big red balls in a Target parking lot, promising to “return the ball when you return the cart”.

Target responded with a video that channeled Power Rangers shows from the 1990s, assembling a “team” of their other corporate partners. Many of the brands showed up in the comments section to join in a tongue-in-cheek war of words. Both brands saw massive benefits from their “battle”. Wal-Mart saw a massive increase in their average daily followers, while Target gained over one million new followers.

The takeaway here is that while Wal-Mart could’ve simply ignored the TikTok and life would have gone on as normal, instead the chain decided to be funny and relatable, responding with the same kind of humor. This made them more relatable to followers, which helped boost their online presence. Target received a similar benefit, with the added bonus of being able to highlight some of their partner brands to some consumer bases.

Similar to the Gap hoodie story we mentioned earlier, Applebee’s saw TikTok reignite interest in an old menu item, and found a way to capitalize on it. Country music star Walker Hayes released a song, “Fancy Like”, that got popular on the platform. In the same way that “Mom’s spaghetti” gained meme status from the Eminem song “Lose Yourself” or “Cherry Cola” got stuck in listeners’ heads from Savage Garden’s “I Want You”, “Fancy Like” mentioned an Applebee’s Oreo shake, and listeners couldn’t get that lyric out of their heads.
The TikTok community made choreography for the song, much of it centered around the Oreo shake. The brand responded by bringing back the Oreo shake and centering a massive marketing campaign around it. But they didn’t stop there. They took the next logical step and partnered with Walker Hayes to use his performance and song as the centerpiece for their marketing campaign. The result? They saw their sales go up by 102% that quarter.

Interested in learning more about influencers that could mention your brand on TikTok?