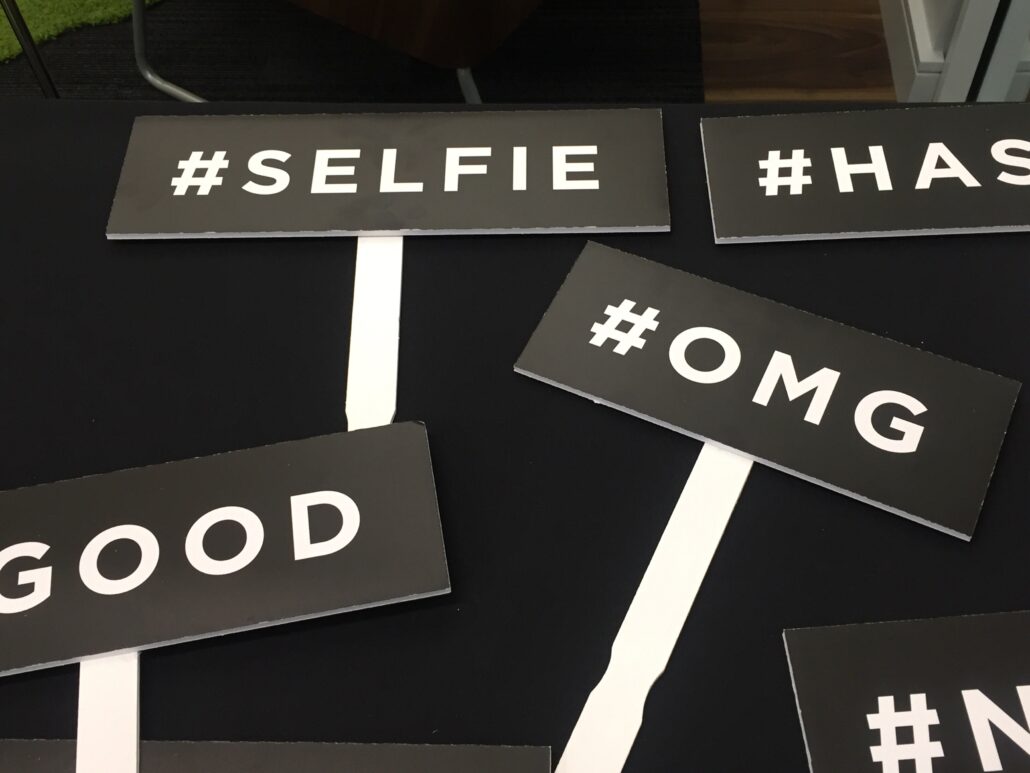 Let’s Talk About Hashtags: The Most Important Marketing Symbol

If you’re on social media at all, you probably notice hashtags all over your favorite platforms. Everyone uses them, from the biggest influencers to close friends in social circles.  In the span of just over a decade, hashtags have gone from being just another symbol on a keyboard to a major part of popular culture. They’re the definitive way to not only organize your social media posts, but also build brand awareness and relationships with new audiences.

But on the other hand, hashtags have to be treated with respect. Using them correctly can reap massive benefits for your brand, but using them haphazardly can actively sabotage your social media presence. Not sure where to draw the line on hashtags? Let us give you a quick walkthrough on how to leverage them the right way for your brand, and be savvy in using this simple, but powerful symbol.

What is a Hashtag?

A hashtag is just a word or a phrase that is preceded by the pound symbol. It sounds very unassuming, but it’s a powerful tool in your social media marketing toolbox. It lets you place your brand into the right conversations and searches on social media.

Hashtags began as a thing in 2007 when a Twitter marketing specialist named Chris Messina came up with the idea to group tweets using hashtags. He came up with the idea because of the platform’s brief character limit on tweets at the time. Although hashtags got their start in the limelight on Twitter, other platforms have followed suit since then in taking advantage of all the benefits this system brings. Facebook, Pinterest, and even Linkedin use them, but Instagram and TikTok utilize them most prominently.

What Value do Hashtags Have?

Engagement. When your brand has a hashtag, consumers get a chance to better interact with you. Whether it’s an evergreen hashtag like just #yourbrandnamehere, or a hashtag related to a specific sale or promotion, it’s a great way to get them involved with what your brand is doing.

Your brand can encourage existing consumers to share what they recently bought from you, and showcase it with the accompanying hashtag. Additionally, they can use that hashtag to highlight what they’re enjoying about your upcoming releases and promotions whenever they like or share your posts. Or they can even use it to talk about what kind of products or services they wish they saw more of out of your brand. Hashtags can be a great asset in connecting more with loyal and potential customers.

But they can also be outstanding for rallying fans around a certain idea. For example, athletic teams utilize them all the time, especially when a team reaches the playoffs and wants to energize their fanbase. Last year, the Atlanta Braves used the hashtag #fortheA all throughout the MLB playoffs until their eventual World Series victory.

Brand Awareness. This shouldn’t come as a surprise. At their core, one of the main value-adds of hashtags is that they make your posts easier to find. But they can also start conversations by getting your brand associated with whatever is going on in the news that’s relevant to you.

For example, Under Armour dominates Instagram by utilizing a combination of trending hashtags along with more campaign specific hashtags. For instance, in past years the brand has used hashtags like #ruleyourself to push a competitive athletic mindset toward prospective customers during events like Wimbledon or The Masters. They also use hashtags to promote popular lines of products with influencers, like #projectrock to highlight their product collaborations with Dwayne “The Rock” Johnson.

Steelseries utilizes them with a similar strategy. By pairing their own brand hashtags with campaigns they’re specifically pushing, it both raises awareness of the campaign, and lets them get their brand into the larger conversations on social media. They recently recognized women in gaming throughout Women’s History Month by using hashtags like #gamergirl and #twitchgirls to highlight pioneers and standouts who are raising women’s profile in the gaming world. By combining those with their standard hashtags and hashtags like #womenshistorymonth, it massively increased their brand awareness on social media, just by using hashtags.

How Do You Use Hashtags on Different Platforms?

Facebook. Hashtags work in pretty standard fashion on this platform. They can help boost your organic reach, but again, be careful with how many you use. One to three is effective, but more than that and your content may risk looking unprofessional. Don’t be afraid to go back and hashtag old posts – they may be old to your brand, but they’ll be new to any potential customers that reach your content organically.

Instagram. Instagram varies dramatically on how to use hashtags. Instead of using one, two, or maybe three hashtags, you can use up to 30 of them instead. Many experts recommend using as many of those as possible, but don’t feel pressured to fill that quota – just think of it as an option you have available. But of all the social media platforms, Instagram is definitely the place with the most room for experimentation with hashtags. Confer with your influencers to see how you can coordinate your hashtags with theirs to get the most leverage on your campaigns.

Linkedin. Much like the other platforms we’ve mentioned, it’s generally a good idea to keep the number of hashtags that you use to around one to three at the most. The difference on Linkedin is that you cannot currently click on hashtags to see what other people are posting while using that same hashtag. Still, they’re a fantastic way to connect with users outside of your network.

Pinterest. This platform uses hashtags to sort different ideas and topics. As an added bonus, they’re sorted chronologically. That way, if you’ve got fresh new content you want bumped to the front of the queue, this platform does a lot of the heavy lifting for you.

TikTok. Hashtags are a critical part of TikTok’s algorithms. Utilizing them correctly can get you massive reach, help you go viral, and grow your brand in ways you didn’t realize were possible. It all depends on whether the platform decides whether your content is generating enough buzz to appear on users “For You” tab. You can use as many hashtags as you want on this platform, but be careful about that 100 character limit, and budget your words appropriately.

Twitter. As the originator of hashtags, it’s always a good idea to use them on this platform. Just be aware to only use one or two at most, given the low limit on characters compared to other platforms. But one is more than enough if you choose the right ones – if other users like what they see, they’ll retweet and you’ll see a lot of traction.

What to Avoid When Using Hashtags

Don’t use banned hashtags. Did you know that Instagram bans a large number of hashtags every year? Some of the bans are permanent bans for hashtags that violate terms of use for things like explicit content, but there are others that are seemingly more innocuous, like #asia or #prettygirl. If you use a banned hashtag, the platform you’re posting on simply won’t share your content. In many cases, it will be completely invisible. So before you hit that post button, screen your hashtags and make sure that they’re all safe to use.

Don’t use exactly the same hashtags as everyone else. Since the point of hashtags is to stand out, the last thing you want is to just be another face in the crowd shouting the exact same words to consumers filtering through posts. For example, if you’re a jewelry brand, you might be tempted to use a hashtag like #love or #engagement. Or if you’re a food brand, you might think using #hungry would be a good idea.

But you’re not going to get noticed using those. They’re simply too large for you to get any traction. Instead, focus on finding a niche that still hits the points you want, but don’t fall too far on the generic side of the topic. If you’re a smaller brand looking to grow your presence, just check related hashtags that are a little more specific and hit the same note as the bigger ones that first come to mind. If you’re a larger brand with an established audience, you can create your own new hashtag and put it next to your brand’s hashtag.

Don’t make hashtags that are too long. It might be tempting to take a witty saying or catchphrase and make it into a hashtag. But don’t be tempted if it turns into a really long phrase. Since hashtags don’t allow for spaces between words, anything longer than three words can quickly become difficult to read. Your potential audiences might struggle to read them, and lose interest.

Using Hashtags with Your Influencers

Applying this knowledge to your influencer campaigns is a fairly straightforward process. Larger influencers may already have their own established hashtags that they use regularly. If they do, it makes sense to come to an arrangement where your brand’s hashtag is used in coordination with theirs to reach their audiences. On the other hand, if you’re working with smaller influencers, you may just want them to use your hashtags to coordinate your active campaigns together.

The utility of hashtags can dramatically improve the return on investment in any marketing campaign you run with your influencers. Whether you’re using them to coordinate a campaign with a field of many smaller influencers, partnering and pairing with a bigger name, or just building brand awareness, this mighty symbol can make a massive difference.

Ready to up your hashtag game and work with influencers to build successful marketing campaigns?

Spring is finally here, and it brings marketing opportunities with it. Learn more about ways your brand can get involved. 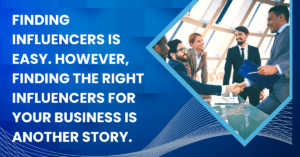 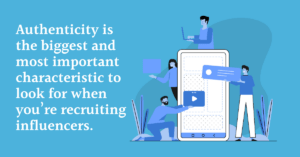 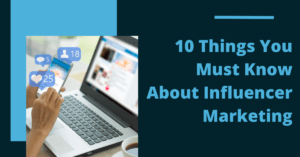