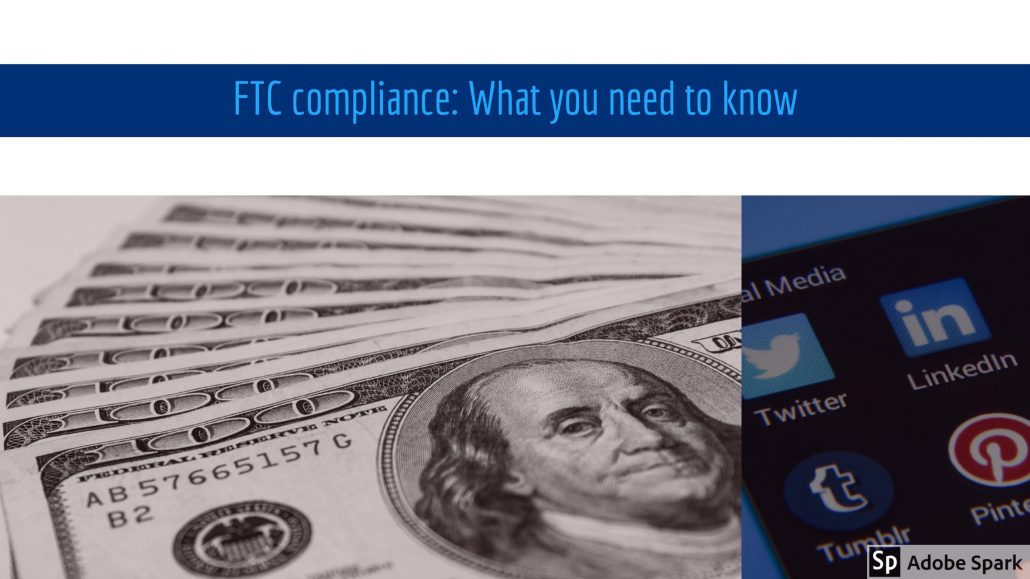 The Federal Trade Commission announced today that it has taken action against social media influencers who failed to appropriately disclose their relationship with a company. The commission warned earlier this year that penalties could be coming, but this is the first settlement in such a matter.

The FTC has settled with two online gaming influencers, Trevor “TmarTn” Martin and Thomas “Syndicate” Cassell. The FTC found they endorsed the online gambling service CSGO Lotto, without disclosing that they jointly owned the company, according to a news release.

“Consumers need to know when social media influencers are being paid or have any other material connection to the brands endorsed in their posts,” said FTC Acting Chairman Maureen Ohlhausen in a release. “This action, the FTC’s first against individual influencers, should send a message that such connections must be clearly disclosed so consumers can make informed purchasing decisions.”

Why does it matter?

In April 2017, the FTC issued letters to more than 90 influencers who weren’t displaying their material connection to brands correctly. This was the first time the government agency had reached out to social media influencers about guidelines.

Apparently, some of those recipients didn’t listen, because the commission had to send 21 follow-up letters. The FTC is taking lax disclosures seriously.

What can you do to avoid trouble?

We’ve talked about how influencer campaigns work by inserting authenticity into advertising, but according to the FTC, they’re still ads. Here’s what you need to know to keep your campaign on the right side of the law.

In order to comply with FTC regulations, influencers need to disclose their connections to brands.

When is a disclosure necessary?

If an influencer is talking about a product they paid for themselves or would have received for free regardless of their status, there’s nothing to disclose. The FTC says the audience needs to be informed any time a brand gives an influencer a handout or a check to talk about a product.

The FTC suggests influencers are as transparent as possible when it comes to admitting they may be biased toward a product. The FTC’s site breaks it down as such: “Even if you don’t think it affects your evaluation of the product, what matters is whether knowing that you got the [prodcut] for free might affect how your audience views what you say about the [product].”

Basically, if a brand interaction would make an audience member question your review, it might be worth a note.

What counts as a disclosure?

The FTC says influencers need to be as clear as possible about brand relationships. Statements like “thanks [brand]” or hashtags like #sp and #partner may not be enough. Generally, the FTC asks that influencers note their post is a #ad or #sponsoredpost high up. Disclosures hidden in a slew of hashtags or below a “read more” tab are not compliant.

The FTC recommends that influencers mention the partnership in videos or have a graphic on the screen.

Because streaming sites like Twitch have audience members joining at different times, it’s recommended that influencers include a graphic or mention the partnership often.

Does it really matter?

First actions from violating the FTC’s rules lead to increased monitoring from the commission. CSGO Lotto will have to submit a compliance report documenting their influencer activities over the next year.

If there is a second violation, it could result in a civil penalty of up to $40,654.

How do I know if influencers are complying?

Combing through posts looking for hidden hashtags can’t be fun so Sideqik tracks FTC compliance. In Sideqik’s influencer campaigns, we make it easy to track posts, alerting you if your influencers aren’t appropriately tagging posts. We also make it easy for your legal team to log in and review posts, minimizing your company’s risk.